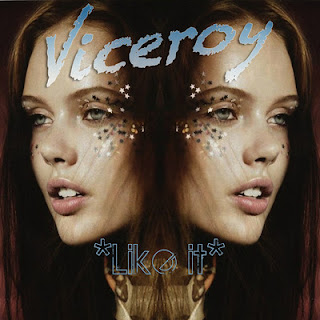 More  Licks Than a Tootsiepop, Samples so good Costco is ashamed, and Drum Lines that put Nick Cannon in his place, my friends this is Viceroy and he is all sorts of swag. Today is a big day, Viceroy has taken time out of his busy schedule to sit down and have an interview with DnM.  This cat is hella chill and wicked talented, I was sincerely ecstatic when he joined me.
Like it (Original Mix) by VICEROY
Green Light (Original Mix) by VICEROY
Social Links:
Facebook :  http://www.facebook.com/viceroyoffica
Twitter : http://twitter.com/#!/viceroyofficial
Soundcloud : http://soundcloud.com/viceroymusic
www.facebook.com/pages/Shiny-Disco-Club/120470544640815
On the Record :
DnM : First off, I would state that its and honor and a privilege to have you as our first interviewee. Being that it is our first time here at DnM, ill try to take things slow and try not get too nervous.
Viceroy : Thanks Kyle! It’s great to see blogs out there who like to get to know the artists that they post.
DnM : How are you today?
Viceroy : Great! It’s a gorgeous sunny day so I plan to enjoy the weather. Speaking of sunny, my new track “Sunny Daze” just released on soundcloud for free today!
Sunny Daze (Original Mix) by VICEROY

DnM : I heard it through the grapevine, that you originally started out as a dubstep artist, is this true?
Viceroy : Yes that is true. I produce a few things under DJ Philistine still.
Far East Movement – Like a G6 (DJ Philistine Dubstep Remix) by DJ Philistine  DnM : What made you switch to such a completely different genre of music?
Viceroy : Don’t get me wrong: I love dubstep. It’s a wildly popular and growing genre, but my true love is french house/disco house. I can’t get enough of it. I decided to give french house a shot and I’m pretty satisfied with the results so far.

DnM : For those who are unfamiliar your style would you care to give a brief self-description?
Viceroy : I try to produce a range of sounds. I mix samples with midi composition with bpms ranging from 115-130. I like to change it up you know? Think Daft punk mixed with Treasure Fingers. It’s not necessarily a new style, but I definitely put my own twist on the genre.

DnM : I’m always with curious about artists and what they do in their spare time, and for a day job. How do you balance both a working career and a musical career?
Viceroy : Great question. Right now I’m 22 and have only 2 more weeks of college left till I graduate. I’ll be working for a company in San Francisco once I graduate. My goal is to play shows and produce tracks during my spare time and if I make enough money to quite my day job, Viceroy will be full time. 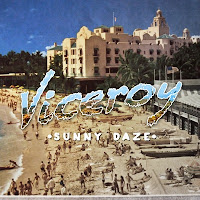 DnM : How did you get involved with Shiny Disco Club?
So I had a track completed under Viceroy in Late December called “In The Sky”. I sent it around to a few labels and received great feedback. A few wanted to have me do a release so I looked at my options. I liked the idea of a new and growing label where I could have more control and a closer relationship with the label. Shiny Disco Club loved my track and wanted to do an ep. They are located in France, but the guys have been more than helpful and are easy to communicate with. I’m glad I choose to go with them because they are blowing up and are putting out some great music right now.
Viceroy – In the Sky (EP out now!) by Shiny Disco Club


DnM : Can we expect a collaboration with someone from SDC or anyone else?
Viceroy :  I’d love to do a collaboration at some point. All of the SDC artists bring something great to the table. For example both Kartell and Hana Yori Kichou Na have a great style of production . Right now I’m focusing on building my brand, but maybe sometime later down the road i’ll work with someone.

DnM : I gotta ask, what does your production set-up look like, are you surrounded by a massive collection of dusty old vinyls? Do you use any particular programs or instruments?
Viceroy : I use Ableton exclusively for my production with plenty of VSTs. I use the Ozone Isotope VST for mastering. I have a few keyboards and some eargasm monitors. As far as instruments. I plan on sampling some electric and bass guitar that I’ll record. I’ve played both for years. Generally speaking I use VSTS like moog synths and pianos to make some great leads and bass. My favorite part of producing is definitely make a catchy drum line. In my opinion the difference between a great track and a decent track is the quality of the drumwork. I do have plenty of vinyls and go to vinyl shops often. Browsing youtube is great way to find random new samples too. Thrills N’ Chills by VICEROY
DnM : What is the process like when creating your own music?
Viceroy :  Depends on what I do. Usually I need to find a solid sample that Im content with. Once I find that, I pitch it and chop it correctly, layer some drums, some leads and bass, and work on the sound that I’m aiming for. I’m still learning and fine tuning my production skills everyday.

DnM : If you don’t mind, I am going to ask the biggest cliche question of them all – who are your biggest influences
Viceroy : For Viceroy, I’d say obviously Daft Punk is a major one. Breakbot is probably my favorite French Artist right now. I love Atrak and Treasure Fingers as well. I listen to alot of heavy music too like Skrillex and some punk bands. Oddly enough I really enjoy jazz and the Grateful Dead too. I’m all over the place!

DnM : Who are you listening to these days?
Viceory : Breakbot’s new single “Fantasy” is on constant replay. The new Toro y Moi album is fantastic. Avicii is killing the house scene and I cannot get enough of him. I am getting into Tyler the Creator. I just bought the new Beastie Boys album and love it. You know who is putting out great remixes these days? RAC. They are amazing! I can’t wait to see what they do next. Of course Skrillex is on repeat as well.
Toro Y Moi – Still Sound by musicmule

DnM : Any plans for a tour? Possibly with the shiny disco club family?
Viceroy : We’ve discussed the possibility of me coming out to France to do some promotion for Viceroy. Hopefully that happens soon. For now I’m building my reputation and network in CA to play shows and collaborate with artists.

DnM : Ending on a lighter note, If you could do one drug with anyone past or present., who, what and where would it be?
Viceroy : Awesome question! I’d love to Trip balls with the grateful dead in the late 1960s/early 1970s during the summer in San Francisco. What a crazy time that would be!
DnM : Thanks for your time.

Much Respect to Viceroy,
DnM