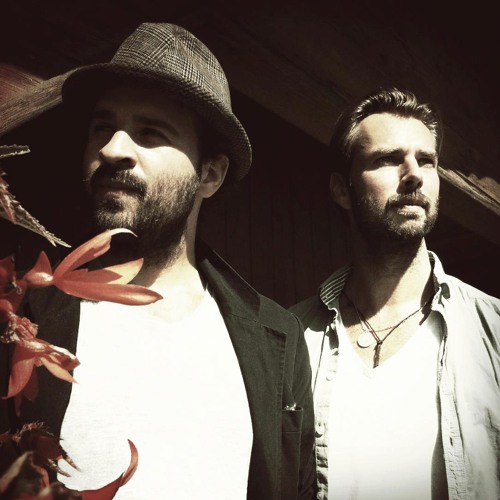 DnM : Well, I’m glad we could finally get together it certainly took long enough

Pippo : oh yes, but here we are now

DnM : Thanks for taking the time out

Dali : more than welcome, thank you !

Pippo : not easy with the different time zones

DnM : Let’ start off slow. CHPLN and formely Chaplin. What’s the signifance. Do you guys have a penchant for late silent movie actors?

Dali : Well it kind of came out of nowhere over a pint that we had with a friend. At the time we couldn’t stop talking about a Charlie Chaplin biography we read. We also looked for a band name at the time and we just couldn’t see it, until he said Chaplin – that’s the one.

Pippo  : And you don’t wanna hear the name we had before

DnM  : Well now you have piqued my interest.

Dali : we’ll save that for the next interview with you 😉

DnM : I  know what it’s like working with friends and the risk  it poses. How is it making music with your best friend.  I imagine that could go either way. You know? Like in one sense you guys know each other in and out, back and forth which creates great chemistry. But on the other hand, shit could hit the fan and you could ruin a friendship.

Dali : Well not yet for some unknown reason

Dali : I guess we kind of took things step by step. But I also believe that you need friction to move forward. So I think we found a respectful way of doing it, which has also to do with what we’re striving for

Pippo :  I think it’s like in every relationship – respect is the key!

Dali : making good music, finding lots of ears and being happy with what you do…well…most of the times 😉

DnM : Totally. Does being long time friends also provide the ability to call each other out on their shit? Like if a speed bump happens you guys can argue or duke it out and then come back to ground one after

Dali : well we just argued over that question here. I think we’re pretty straight with each other, everything else would feel like wasting each others time. But I do think it depends on the topic too. Sometimes you need to step back first to get a better picture and then come back to it.

DnM : I get it man. What’s the point of being dishonest you are only wasting your and their time. Has it ever come to blows? I mean, I have probably fought, in one way or another, all of my friends.

Pippo : to be honest….no, it never happened!

Dali : We’d fight over food…I think that would be the only possible scenario!

DnM :  Haha, hypothetically who would win?

Pippo and Dali : Me 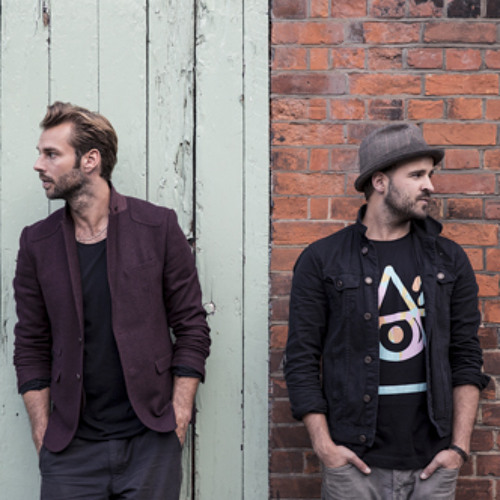 DnM : When it comes to writing lyrics for songs and the meanings behind them do you find that growing up together you both can draw from moment in life. Like Oh that girl from Highschool WAS a slut

Dali : oh you know that girl ?

Dali : Well I think we don’t write too much about the past to be honest

DnM : Still though, even regarding the present you guys shared a youth that must translate.

Dali : there’ll be certain motives or emotions involved, but everything else is quite a fresh perspective on things happening in and around London. we share so much together and/or have been, it will end up in a track

DnM :  Now, I think it’s the most bullshit question of all time “Who influneced you” or something akin. I want to know, what album influenced you the most, not as a musician, but as a person.  I only ask because is I notice similarities between you and one of my all time favourite bands Junior Boys. I wouldn’t be who I am today without “So This Is Goodbye”. Or my most played vinyl The National – Boxer.

Pippo : For me it’s John Frusciante “The Empyrean” – this album changed a lot in my life! I went through a time with lots of changes and instability and this album kept me going and made me writing my own songs. I guess that’s why I love it so much. It’s like having a really good friend on your side!

Dali : That’s such a difficult question. There’s so much, but spontaneously I’d say Radiohead – In Rainbows.

DnM : The mixtape is super cool. Very reflective of you guys. There was a nice shout out to Shy Luv by dropping Karma Kid

Dali : they’re part of the family now/ little brothers we never had.

DnM : How did you get hooked up with them?

Pippo : t’s one of those stories man….you go somewhere to play a gig and you meet some really lovely people and he knows another guy who knows this guy that produces this and that…… and so on….friend of a friend of a friend introduced us and then it happened! we’re very happy about that! the guys did an amazing remix!

DnM : If they every need an interview or want to do a mixtape I know a guy.

DnM : The living room sessions are super chill, it seems like you guys have a fair amount of unreleased material….*clears throat*

Dali :  we’re definitely aiming to release the next track in the next couple of months

DnM : One last question for you guys. Our token question.

DnM : If you could do any drug, with person past or present, who and what would it be?

DnM : I know right, but it’s a cool question that some how relates to the name of the blog. Always cool insight to an artists personality

Dali : haha or his drug records

Pippo :  It’s not a drug i know….but I would love to have a chat with Barry White while he inhales helium!

DnM : I bump I want to be your lover so hard.

DnM : That wraps it up on my end here

DnM : Today was fun guys thanks for coming by

Dali : pleasure. Thanks for having us