If someone ever offers you the opportunity to hangout with Crowns, do it, the kid is cool AF.
…unless that person offering is in a white windowless van…

Crowns, better known as Mike, is an active member of Keats Collective, space enthusiast, funk-lover, all around good-guy and pleasure to interview. 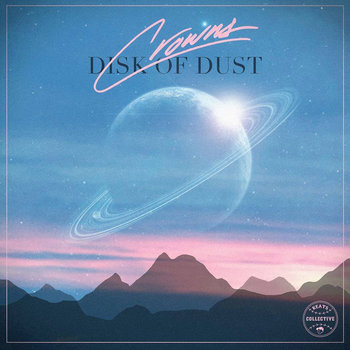 I must point out how phenomenal his mixtape is; the French vibes of Alan Braxe, Fred Falke and early Daft Punk; straight old school funk by The Commodores; putting Breakbot’s Baby I am Yours and Bruno Mars’ Treasure in sequence; (for those who don’t know, Bruno Mars asked to cover Baby I am Yours and Breakbot said no. Bruno then proceeded to re-write it as Treasure. )

DnM: Thanks for taking time out of your day today, Mike.

Crowns: Thanks for having me Kyle.

DnM: I want to get the boring cliche questions out of the way. That way we can talk about what really matters — the music.

DnM: But, to break the ice. What’s in your fridge right now? Anything spoiled?

Crowns: Just got food poisoning this past Thursday, no joke, so apparently.

Crowns: It was probably the pizza I brought back from the town I went to college in about an hour and a half away. Bought two pizzas, one to eat right away and one to freeze and enjoy later.

DnM:  Cold pizza is awesome. One could argue better than hot pizza.

Crowns: Totally agree, this was Hawaiian with cream cheese chunks on it, hated Hawaiian until I had this place’s version. Real good outta’ the fridge.

DnM: Same. Grade school, I made fun of the kids who ate Hawaiian. Now, totally cool with it.

DnM: The name – Crowns. What is the symbolism? or symbology if you like references.

Crowns: A few years ago I started messing around with Ableton and found Soundcloud where I needed a handle, originally it was “color crowns” but that’s ridiculous so I just went with crowns. There was some reasoning behind it at one time but I’ve long forgotten haha

DnM: Now, I’ve always found the question: Who are your influences? To be very uneducated.
I mean if you can’t hear it in your music, then…
Anyway, you’ve stated M83 was in influence on Disk of Dusk. Which I think is super evident in the rising arpeggios of ‘Proxima’. But I couldn’t help but notice a large Daft Punk influence.

Crowns: Biggest influence has always been Anthony Gonzalez of M83. In high school, back in 2006, I fell in love with his and Nicolas Fromageau’s sound, I’d fall asleep on my bed after school and have really fun dreams, so I kept up with him and his sound only got better (after he dropped nicolas who now does team ghost).

DnM: There was something so ‘Homework’ about Proper Motion. (Notice the bridge at 1:40 and it’s influence from Daft Punk’s Revolution 909)

Crowns: Daft punk’s definitely another one. I started on Discovery back in 2001 when I saw the music videos for the first time on cartoon network’s Toonami, those anime-style ones. Fell in love.

DnM: Interstella 5555. Which heavily bleeds in the concept of Disk of Dust. Intentional? Crowns: Very intentional, those music videos in fact were a huge influence. I’ve always tried to simulate there music, but they do it the best.

Crowns: Travelling twin came from my love of songs that build, like Sigur Ros and a few M83 tunes. The name travelling twin comes from the idea that if there was a set of twins and one rocketed into space and came back the other twin would have aged considerably, which would be tragic, especially to someone who basically sees a carbon copy of themselves closer to death.

DnM: Wow. Really cool concept. Yeah. You definitely have a more musical approach vs  a sampling approach. Why is that?

Crowns: I’ve been sampling up to this album, I decided I needed a change. Sampling is easy when you start out, and to compose an entire song from scratch is real fun. I grew up messing around on the piano, was in marching band, jazz band and everything. The hardest part is finishing a song you’ve constructed from the ground up.

DnM: I’m going to assume you are a fan of space?

DnM: There is nothing nerdy about space. Space is the best.

DnM: But marching band. Yeah, that makes you a nerd. Hahaha.

Crowns:  Haha I did play the trombone

DnM: Ha Okay, I want to close with my token question And your answer is really about the experience

DnM: If you could do any drug, with any person past or present who and what would it be

DnM: I hate to be the barrier of bad news, but T-Bang hates molly. But let’s hope he make an exception

DnM : Thanks for hanging out today Mike

Crowns: It was great, thanks for exposing my geekiness to the world Kyle haha, it was a pleasure