DnM : Hey man, I’m glad you could finally sit down. Thank god this is a phone interview because I am fan-boying over here.
TS : Hahahaha, thank you.

DnM : How’s the tour going?
TS : It’s been really cool, mainly because this time I have actually gotten to see parts of the country that I haven’t seen before.

DnM :  Yeah, your on the west coast now, right?
TS : Yeah
DnM : What’s your favorite city so far?
TS : Ooooo, it’s hard to say. It’s like 50 different countries in one country, it’s really cool.
When ever I land somewhere, and get picked up from the airport, and I drive out of the airport and into the city that’s my favorite part. Cause it’s like, what’s it going to be like? What am I going to see?
Everywhere has been really cool.
DnM : Nice.

DnM : My old lady actually picked me up tickets for your set in Vancouver, I can’t wait.
TS : Oh, cool. Cool, cool, cool.
DnM: Yeah, its going to work out for both of us. For me – I am a huge fan of your music. And for her – she thinks flume is ridiculously good looking.

TS : Hahaha. Well maybe I can organize to have her meet him after the show, if you want to get rid of her.
DnM : That would be great, I have been looking for a reason to dump her.
DnM / TS : Hahaha.

DnM : I am curious. Your track listing is only like 4 songs, with one remix released and you have a heavy background in bass guitar. What can we expect from your set?
TS : Well, I play all of my own tracks and I play bass live while triggering beats on the spot.
It depends if I get booked to do a show, because my set is only 30-45 mins anyway. Depending on vibe of the club I’ll either DJ first and then do the live thing or do the live thing then DJ – just depends.
DnM : Yeah, all on the mood of the club.
TS : Usually if there is no one after me, and the promoter is cool with it, I’ll just go to the end.
DnM : Nice, can’t wait, I am looking forward to it.

DnM :  Now, I am not sure if you are familiar with how we do things her at Drugs and Mirrors. We try to avoid the usually bull-shit questions: who and what influenced you, how’d you get into music.  Thankfully, anyone with a beta-wave and an internet access can figure that out. We try and go a little deeper.
DnM : Besides, the video for Pizza Guy, pretty much sums your style: the bomber jacket, disco-synths, the wicked car, and my god that awesome mustache. Props for that.
TS : Hahaha 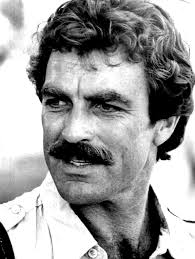 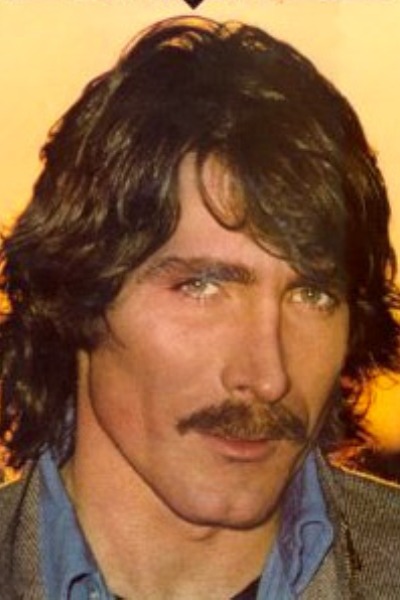 DnM : Before we get under way I want to do a quick recap of some your work. You have been producing for over a decade, back in early 2000s you did True Love – Platinum Groove Project.
TS :  Hahah, how do you know about that? Fuck. hahahahaha, that hilarious.
DnM : haha, it’s my business man.


DnM : You did work with Van She, in which you opened up for Daft Punk, and now your solo work Touch Sensitive.

DnM : So, let’s start with the basics. Where does the name Touch Sensitive come from?
TS : It probably would have been around 2003-2004, in my old studio with some friends. It stemmed from me needing to find a name and being around all synthesisers and thinking it was a cool name.
DnM : Because they are all ‘touch sensitive’
TS : ha, yeah.

DnM : Let’s talk about the Pizza Guy video. It has you driving around all 80s’ed out, delivering vinyl records to people – is there a meaning behind the video?. My interpretation  was it’s hard work to distribute music to the industry. But at the end you only eat the pizza, so are you the only one who enjoys the music?
TS : Haha, that’s funny because my girlfriend sent me a link to some comments that are conspiracy theories on speculation as to what the message is. But really, it’s just really me delivering music and the music is the food.  The guys that we did it with, antropica, did and awesome job and all in one day.  I messed up my knee on a really long bike ride, so you can kind of see me limping around, it was really uncomfortable.

DnM : My sister actually introduced me to your music. She wanted me to ask you a question ‘What is your favorite color to wear’?
TS : Blue

DnM : Finally, I am really curious to know your take on this going to be, because you revere such talent people like Dave Duke, and David Smith. If you could do any drug with any person, past or present, who and what would it be?
TS : Ooohh, Umm. Acid with Jimmy Hendrix or Funkadelic, that would be pretty wild.